Let's go regional! There are a number of beautiful places in Australia for migrants interested in the new Subclass 491 and 494 Regional Provisional visas. In part two, we look at the central and western states of Australia. Home to Australia's capital city, Canberra, the ACT is also our smallest state. Over half of the territory is preserved as national parks and nature reserves, bound by the Great Dividing Range in the east and the Australian Alps to the west. The Commonwealth Government is the largest employer in the ACT, with a workforce focused on service delivery, public administration, and defence. Areas of skill need include Trades, IT, Health, and Education. All of South Australia is deemed regional, so you can take your pick between bustling Adelaide or the wineries of the Barossa, McLaren Vale or Clare Valley. Key industries include Exports, Education, Food and Agribusiness, Energy, and Defence. SA also has a record of supporting small business and start-ups. Famed for its world heritage sites, almost a fifth of the total area of the State is covered by the Western Tasmanian Wilderness National Parks alone. Its role in Australian's convict history is also well preserved, with a number of sites currently on the (UNESCO) World Heritage Listing. All of this island state is deemed to be regional, with mining, agriculture, aquaculture, fishing, forestry, and tourism as key industries. Science, Defence, and Renewable Energy are emergent areas, with support from the Department of State Growth. 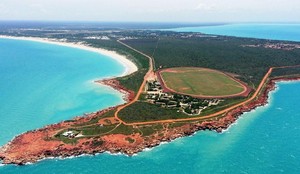 Located on a peninsula, Broome has ocean on both sides of the city. The has significant historical and scientific importance, hosting millions of migratory shorebirds, fossilised dinosaur footprints, and memories of the early pearling industry in Australia. Broome is also home to Sun Pictures, the Guinness World Record-Holder for being the "Oldest Open Air Cinema in Operation". Regional developments in oil and gas, diamond mining, rare earths and iron ore have driven growth in Broome's economy, making Mining, Construction, Transport, Administration and Education the key industries. Geraldton's stunning coastline, Mediterranean climate, and beach lifestyle attracts people from all over the world. Gateway to the pristine Houtman Abrolhos Islands - a collection of 122 small islands - diving, fishing, snorkelling, photography and bird watching are all tremendously popular. Construction, Health Care, Education, and Manufacturing are key areas of employment and output in the Geraldton area. A territory of two climates, most of the state is desert with a topical north region. It is also one of Australia's most culturally diverse places, with over 100 nationalities and around 50 social, cultural and religious organisations. Famous as the home of Uluru - one of the world's largest monoliths at 348m tall and some 550 million years old - NT offers a wide range of experiences for residents and visitors alike. Key sectors include Agribusiness, Mining, Renewable Energy, Space, and Tourism. The entire state is deemed to be regional.

Have you found your regional flavour?

Let us know if we can help make your regional migration dreams a reality, by organising an assessment with one of our Migration Advisors. Check out Part One for a look at the Eastern states of Australia. A list of regional postcodes is available here.